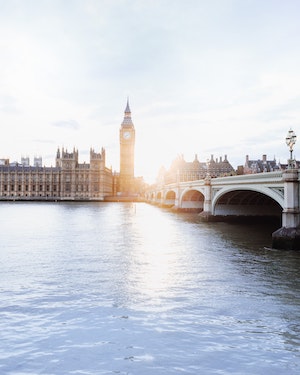 Ken was born in Whitley Bay, Northumberland, England the only child of William and Margaret Metcalf. He attended medical school at Newcastle-on-Tyne where he met the love of his life, a fellow medical student, Norah Frances Lambe. They graduated from medical school in Dec 1943 and were married Aug 2, 1944. After serving in the Royal Army Medical Corps from 1944-1948, Ken joined the Anatomy Department at the University of Bristol beginning a long and distinguished career which would eventually encompass teaching medical students and other health professionals, supervising graduate students, writing research grants and performing medical research.

Ken continued to teach part-time until the age of 84. In 2009, after almost 65 years of marriage, Norah passed away peacefully at home while Ken held her hand. Ken traveled to England every year with his beloved wife. His last trip was in 2021 at the age of 100. They raised seven children: Peter (Karen), Michael (Kathy), Nicholas, Mandy (Dennis Long), Pet Christiansen (Lynn), Lindsey Holley (Darren) and Jordan (Jane). Five of them became Physicians, one became an Attorney, and one became a Special Education Teacher. Ken was preceded in death by his parents, his wife, Norah, his two eldest sons Peter and Michael, one grandson, David Metcalf and a son-in-law (Dennis Long). He is survived by five children, 12 grandchildren and 7 great grandchildren. Ken was loved and respected by all who knew him and will be greatly missed.

Visitation: 9:30am Sat, Oct 1, 2022 at Reichmuth Funeral Home in Elkhorn, NE immediately followed by a memorial service at 11:00am, also at the funeral home. In lieu of flowers, send memorials to St Jude’s, Shriners Hospital, Tunnel to Towers Foundation or a charity of your choice.

Local arrangements directed by Steven R. Hieu Bailey and Staff have been entrusted to the care of Darling-Mouser Funeral Home at 945 Palm Boulevard in Brownsville, Texas 78520, (956) 546-7111.

To send flowers to the family, please visit our floral store.