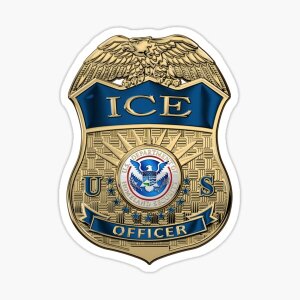 BROWNSVILLE, TX. – Rolando “Roy” Rivas entered into eternal rest on Sunday, the 3rd of October 2021 in Brownsville, Texas surrounded by his family.

Roy retired from U.S. Immigration and Customs Enforcement on October 26, 2012, drawing to a close a notable career in law enforcement that spanned nearly three decades. He began his exemplary 28-year tenure as a peace officer in August 1984, when he became a deputy sheriff with the patrol division of the Cameron County Sheriff’s Department. Over the course of the following year, he worked as a county jailer and county constable for Precinct 1 before returning to the patrol division of the sheriff’s department in 1986. He was then assigned to the Criminal Investigation Division as the country’s first full-time investigator of crimes against juveniles in 1987, and the following year, became a general crimes investigator. In 1992, Roy joined the Laredo sector of the U.S. Border Patrol, and in 1995 transferred to the U.S. Immigration and Naturalization Service in Harlingen. From 2003 to 2012, Agent Rivas devoted his considerable expertise to the defense of the nation’s borders as a valued agent of U.S. Immigration and Customs Enforcement, the principal investigative arm of the U.S. Department of Homeland Security. Agent Rivas’ dedication, professionalism, and commitment to the safety and welfare of the public have greatly benefited his fellow citizens and earned him the respect and admiration of all of those fortunate enough to have known him.

Preceding Roy in death were his parents, Miguel and Emilia Rivas, and his brother, Ricardo Rivas.

Visiting hours will be held on Sunday, the 10th October 2021, between the hours of three o’clock in the afternoon and nine o’clock at night, with the recitation of the holy rosary to begin at seven o’clock in the evening within the East Chapel of Darling-Mouser Funeral Home.

The Funeral Mass will be celebrated at two o’clock in the afternoon on Monday, the 11th of October 2021 at St. Mary, Mother of the Church, 1914 Barnard Road, Brownsville. Committal services will follow, via an escorted procession, at Buena Vista Burial Park, 5 McDavitt Boulevard, Brownsville.

Memories of Roy may be shared at www.darlingmouser.com.

To send flowers to the family or plant a tree in memory of Rolando "Roy" Rivas, please visit our floral store.