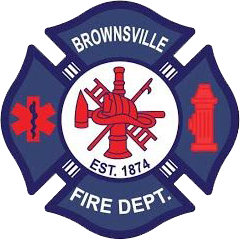 Sean Paul Hemmingway dedicated his life to helping others. He was born on Halloween Day 1968 in Mount Pleasant Township, Missouri to his parents, Lloyd Harvey Hemmingway and Erendira Barbosa. In 1987, he joined the United States Army and served in the First Cavalry Air Defense Artillery. Following his military service, he returned home and began his career as a first responder. He attended and graduated from the fire academy and started out volunteering for Slaton EMS where he would often work days at a time to help his community. Sean was even asked to serve as a bus driver for special needs students because of his EMS background. This was a job he happily accepted and an experience he remembers fondly. In April of 2001, Sean’s path led him to Brownsville EMS which would later be merged into the Brownsville Fire Department. He continued to volunteer his time and experience to the citizens of Matamoros, Tamaulipas, Mexico which is the sister city across the border from Brownsville, Texas. Sean proudly served with the Matamoros Fire Department’s EMS Division, Protecion Civil for several years. Sean was a loyal public servant and was still employed with the Brownsville Fire Department until the time of his passing.

In addition to being a proud father of a twenty-one year old daughter and eighteen year old son, Sean was always a man of faith. That faith in God has only been tempered during his health struggles. In 2018, he felt he had more of himself to give so he became certified as a chaplain. He felt he could help others by providing peer and faith counseling to those that, like himself, may be in a position where the fear of loneliness and despair might seem overwhelming. Sean understood that not everyone has the support of friends and family like he did, so he wanted to be there to comfort those that felt isolated and powerless.

On Christmas Eve of 2012, Sean Hemmingway was diagnosed with myelofibrosis. A rare bone marrow cancer and part of the leukemia family. He required frequent blood transfusions and a wide variety of medications for anemia symptoms. Sean’s illness also took its toll on his liver.

Though Sean’s body was frail, his spirit and his faith remained as strong as ever.  His desire to help others fortifies his resolve to overcome his cancer and return to the work he loves. He will will be greatly missed by all of those fortunate to have known him.

He was preceded in death by his parents, Lloyd Harvey Hemmingway and Erendira Barbosa; and by his maternal grandmother, Eloisa Garcia.

Left behind to cherish his memory are his two loving children: his daughter, Jennifer E. Hemmingway, and his son, Lloyd Hemmingway; the mother of his children, Elsa Munoz (Ruben); his companion, Alexandra Govea; aunt, Perla Aparicio (Robert); brother, Ricardo Reyes; and his cousins,  Rolynne Alvarado (Eric), Argie Tijerina, and Perla and Alexis Aparicio. He is also survived by his niece, Bailey Hemmingway, and by his brothers, Keneth Hemmingway (Elizabeth) and Kevin Hemmingway, as well as extended family members and a host of many friends and brothers and sisters of the Brownsville Fire Department.

Visiting hours will be held on Monday, the 8th of June 2020 between the hours of eleven o’clock in the morning and nine o'clock at night within the East Chapel of Darling-Mouser Funeral Home. The Brownsville Fire Department will render last call and service honors beginning at six o'clock in the evening. A prayer service will follow at seven o'clock in the evening, officiated by Pastor Pedro Medina of Ministerio Restauración y Poder. All local services will conclude Monday night at Darling-Mouser Funeral Home.

Mr. Hemmingway will be laid to rest at the City of Lubbock Cemetery in Lubbock, Texas following the funeral service Wednesday afternoon. Military honors will be conducted at the graveside service under the auspices of the Barton-Hood American Legion Post 500 of Abernathy, Texas.

In lieu of floral arrangements and customary remembrances, the Hemmingway Family requests memorial contributions in memory of Mr. Sean Paul Hemmingway be made in his name to the St. Jude Children’s Research Hospital, 501 St. Jude Place, Memphis, Tennessee 38105, www.stjude.org, 1 (800) 805-5856, to help the children in need.

Memories of Sean may be shared at www.darlingmouser.com.

To send flowers to the family or plant a tree in memory of Sean Paul Hemmingway, please visit our floral store.