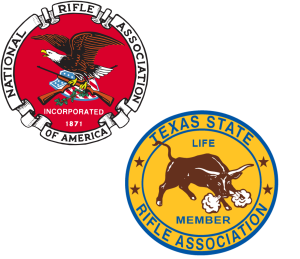 BROWNSVILLE, TX. – Walter Edward Plitt, III, was born February 22, 1941 to Walter Edward Plitt, Jr. and Corinne Elizabeth Sweitzer in Houston, Texas and died Wednesday, October 28, 2020 at home surrounded by his family. He died as humbly as he had lived, but his legacy speaks volumes about a man of committed service to his community.

Walter Plitt was a visionary whose outstanding contributions set the foundation for thousands to benefit from his hard work and tenacity. He secured grants exceeding $1.5 million that not only preserved history but created it.

Walter applied his innate strategic vision and drive for the long-term benefit of the Brownsville area and its citizens. He helped to create and maintain a number of major local cultural institutions:  First Director/Curator and Developer of the Commemorative (Confederate) Air Force Museum, Director of Historic Brownsville Museum and member of the Historical Association, Chairman of Palo Alto Battlefield National Park Committee, Gold Founding Member, President’s Associates for The University of Texas at Brownsville and Texas Southmost College. He was Past Chairman of Port of Brownsville International Trade & Lessee Committee, Past President of Kiwanis Club, Toastmasters, Jaycees, and Valley Sports-men Club. He actively worked for young people through Boy Scouts (director), Boy’s Club (director), and brought the Eddie Eagle Program to Brownsville which promotes gun and hunter safety for youth.

One of his proudest accomplishments took well over 2 decades of his life, from inception to creation: the Palo Alto Battlefield National Historical Park in Brownsville, one of only five National Parks in the State.

Visiting Hours will be held on Monday, November 02, 2020 between the hours of 12:00 p.m. and 7:00 p.m. A Celebration of Life Service will begin at 7:00 p.m. with Pastor Richard Hinojosa of Good Shepherd Community Church officiating within the East Chapel of Darling-Mouser Funeral Home. All services will conclude on Monday evening, and in accordance with his wishes, cremation will follow.

Memories of Walter may be shared at www.darlingmouser.com.

“…I've lived a life that's full, I traveled each and every highway. And more, much more than this, I did it my, my way.” –  My Way by Paul Anka/Frank Sinatra.

To send flowers to the family or plant a tree in memory of Walter E. Plitt III, please visit our floral store.