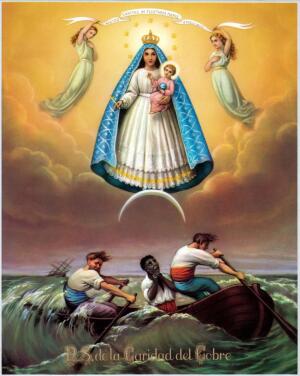 BROWNSVILLE, TX. – Xiomara Lima Castro entered into eternal rest on Saturday, the 10th of September 2022 at Valley Regional Medical Center in Brownsville, Texas. She was eighty-two years of age.

Xiomara was born in Cuba on November 02, 1939, daughter of the late Rogelio and Dulce Maria Rabre Lima. She married Reinaldo V. Castro and they welcomed a son, Reinaldo, Jr. They later fled Cuba, Reinaldo coming first, while the rest of the family resided in Mexico City, Mexico for approximately three months before relocating to Brownsville, Texas in 1969. After settling in Brownsville, they welcomed their second son, Daniel, and owned and operated Flogar, which was a chain of several successful retail stores in downtown Brownsville.

Xiomara was a devout Catholic and was actively involved with her parish, St. Mary, Mother of the Church. A talented oil painter, Xiomara painted numerous works of art. Other favorite pastimes included cooking yucca, arroz con pollo, fried rice, and flan. She also loved playing dominos and socializing on Friday night with her Cuban compadres. Xiomara enjoyed traveling to Acapulco, Cancun, Miami, New York City, Disney, Montreal, and New Jersey. Most of all, she enjoyed the many gatherings, amongst the local Cuban community, especially being “taken” to Noche Buena. She also treasured visiting the Metropolitan Museum of Art, The Museum of Natural History, the Cloisters, and the Brownsville Museum of Fine Art. Other interests included her love for animals and collecting dolls. In addition, she enjoyed watching her grandchildren swim and dive during vacations spent together. Xiomara will be remembered as a loving wife, mother, grandmother, sister, aunt, and friend to many. Despite being paralyzed from a car accident, Xiomara was always determined to live life to the fullest and never once complained. She was kind-hearted with a cunning sense of humor and was always welcoming to all.

Preceding Xiomara in death was her loving and devoted husband, Reinaldo V. Castro; and her brother, Jorge Lima (Juana).

Visiting hours will be held on Thursday, the 15th of September 2022 between the hours of four o’clock in the afternoon and nine o'clock at night, with the recitation of the holy rosary to begin at seven o'clock Thursday evening within the East Chapel of Darling-Mouser Funeral Home.

The Funeral Mass will be celebrated at twelve noon on Friday, the 16th of September 2022 at St. Mary's Catholic Church, 1914 Barnard Road, Brownsville. Interment will then follow, via an escorted procession, at Buena Vista Burial Park, 5 McDavitt Boulevard, Brownsville.

Memories of Xiomara may be shared at www.darlingmouser.com.

Personalized funeral arrangements directed by Steven R. Hieu Bailey and Staff have been entrusted to the care of Darling-Mouser Funeral Home at 945 Palm Boulevard in Brownsville, Texas 78520, (956) 546-7111.

To send flowers to the family, please visit our floral store.